Volzhenka: from the 15th Century to the Present Day, and Beyond 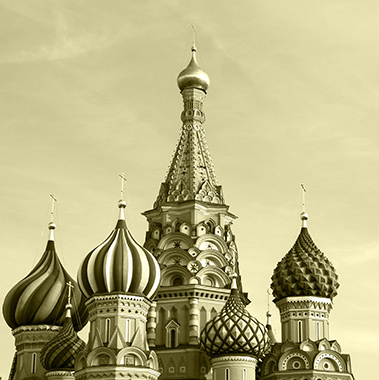 When the industrial production of caviar first took place in Astrakhan in the 15th century, the Caspian Sea provided a plentiful variety of wild beluga with the Volga River alive with bountiful sturgeons. However, over-fishing led to sturgeons becoming an endangered species, putting them at risk of extinction by 1994.

During this time, Volzhenka and its parent farm Beluga began experimental work on the domestication of Russian Sturgeons and Caspian Beluga breeders, making gradual steps towards forming its own breeding stock. Caviar was produced, not by the conventional method of killing the sturgeons, but by a humane approach which involved stripping off the roe so that the fish could be kept in an artificial environment.

These experiments resulted in the first hatchery on the Volga River and Volzhenka has been committed to fish-processing and cruelty-free caviar production ever since. By 2002, Volzhenka became the only farm holding and cultivating Caspian Beluga. Our farmed production technique was the first in Russia to be certified and attested by the Russian Federal Research Institute of Fisheries and Oceanography (VNIRO) and by the Federal Agency for Fishery of the Russian Federation. Today, our hatchery contains more than 3500 domesticated breeders of Russian Sturgeons and Caspian Beluga. 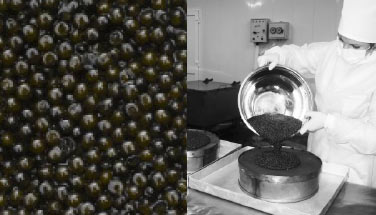 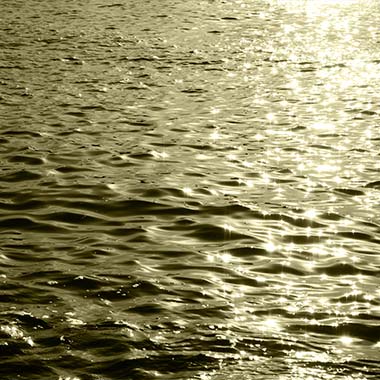 THE QUEEN OF THE CASPIAN SEA – I S THE LARGEST FRESH WATER FISH IN THE WORLD, AND MANY OF OURS ARE MORE THAN 60 YEARS OLD AND WEIGH OVER 300KG.

In parts of the world where we cannot export and distribute Russian-produced Caviar due to limited quotas or exporting restrictions, we produce our caviar through collaborations with highly trusted farms. Our own Astrakhan experts control, hand-produce and oversee the production, enabling us to guarantee the consistency of Volzhenka’s high quality trademark which shines through every single one of our products.

History of Sturgeons
in Astrakhan 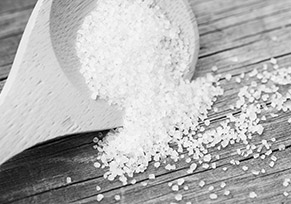 A nominal decree to the first Astrakhan governor A.Volynsky, ordered experiments to be carried out on fish preparation and herring salting

The K.M.Bar expedition arrives to explore the Caspian Fisheries that were considered as one of the secrets of that time 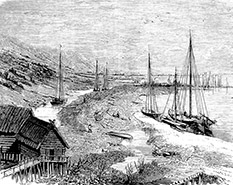 His Majesty approves Charter of the Caspian fish and seal hunting

The opening of free fishing

The Ichthyologic-al Laboratory is established

The Astrakhan scientific fisheries station is launched, with a family member on the board of directors 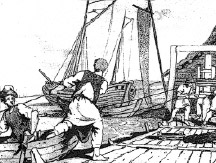 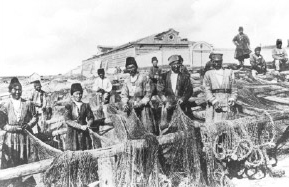 The first fish hatchery Kizansky is put into operation 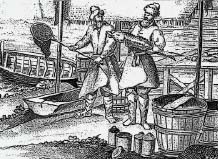 Mr. S. Aptekar is appointed as the general director of the biggest shipbuilding yard on the Caspian Sea and he helps to develop state-of the art fishing ships 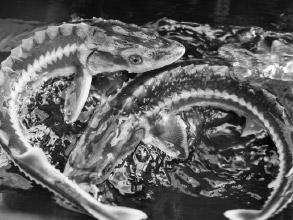 Mr. S. Aptekar wins personality of the year and is recognised among the top 30 personalities in the 20th Century for his contribution to the Astrakhan region and marine industry 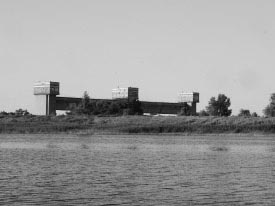 With his outstanding achievements in the fish industry, from Caviar harvesting to helping to increase the population of the Sturgeons in the Caspian basin, Mr. E. Aptekar wins two Medals of the Order for ‘Merit to the Fatherland’

The story continues...
CONNECT WITH US